I’ve had several conversations of late around change, the effect it can have on one’s life and why it’s an evolutionary necessity to reach your potential.

Many of these conversations have focused around the fear of change, the uncertainty it brings and the opportunity for failure or embarrassment if it all goes wrong.

It made me think about what embracing change, moving forward and why respecting this is part of life is so important in reaching new levels. You see if we always resist change, not only do we deny ourselves the opportunity to explore what could be, we also stop being true to ourselves.

The other side of this coin is what will you do when you do take those uncertain steps through change and allow it to be a continual cycle where you meet the challenges of life and expand your experiences.

Again, this comes down to being true to yourself, believing in what you’re doing when others may not and doing stuff because it’s what you wish to do, not what society expects or really wants you to do,

What do I mean?

Let me unpack this by providing a couple of examples from the world of music where change is in constant flow within the mind of creators sharing their art with the world.

I’ll give you some examples from the careers of two of my favourite bands – Linkin Park and Bring Me The Horizon.

Both have long careers with lots of change throughout and with this, a number of case studies in how to handle moving forward, evolving and accepting that you cannot play to the tune of what the crowd always wants if you wish to be true to yourself.

Bring Me The Horizon are a UK band who have been on the scene for around 15 years. There humble beginnings from the steel city of Sheffield to stadium filling, globe trotting alternative rockstars is a prime case study in how being true to yourself, your creativity and drowning out the expectations of others can be extremely successful and fulfilling.

This groups musical sound began in the post hardcore or screamo category for their first album and they built a solid fan base around this.

When they came to their third album, the group decided they wanted to take their sound in a different direction, maybe not so much screaming and trying out some new sounds. The reaction to the launch of this third album was interesting, a number of groups hated the now decrease in the not so heavy, less screaming more melodic sound, yet new fans had emerged who were more receptive to this.

However, the most important factor here is that despite the fact the band were receiving backlash and division across their fanbase to date, they stuck to their change and stayed true to the art that reflected them at this time.

This continues today with the release of their latest album Amo (the Portuguese word for I love).

Over the cycle of all their albums leading up to the latest release of Amo, the sound of the band and the stories they tell through their art has changed. Amo showcases what some would call a complete change from what the industry would label their “sound!, yet really it’s an evolution of not only their capabilities as musicians, but their interests as individuals and where they are in life now.

Despite all these changes, the sometimes negative noise from the industry and a number of outcries from communities of their fans – they are one of the most successful and trendsetting bands today.

It’s simple, because they embraced the process of moving forward in life, they understood that they can’t throw out the same material every two years and neither did they want to.

Do you really think that the songs and the feelings associated from the material they created in 2009 has the same connection with them in 2019? Probably not.

Do you believe that the experiences from the years that have gone by with the emergence of new sounds and influences, haven’t changed the behaviours, wants and feelings of the group? Of course they do.

So instead of sticking to the same formula in every album release, listening to only what external parties want, they chose to move forward, embrace change and be true to the art that they wanted to create.

The result of this has been overwhelming success and I would suspect a lot of happiness within the group from producing art that makes they happy and reflects who they are as humans today, not 10 years ago.

But what may have happened had they stuck to what others expected and not allowed themselves to evolve? I suspect a regular slot in the bargain bucket section.

The theme of BMTH’s story is closely aligned to that of rock megastars Linkin Park, who have been one of the biggest bands in the world over the last 20 years.

Once more their career is an example of continued evolution and not being afraid to experiment, even when some of those experiments may have not always worked out.

Just look at their early years, they produced the biggest selling debut album of the 21st century in Hybrid Theory that completely redefined the alternative rock genre, followed by the massive follow up in Meteora, which cemented their place as future musical legends.

So what did they do for their 3rd release?

Did they reproduce the exact sounds and song structures that blew away audiences in the earlier years?

Did they deploy the same formula which had already brought them worldwide success and fame?

Instead they displayed not a new sound, but an evolved sound. They experimented with the creations that they were interested in at that time and told the stories that represented them in those moments in a way which felt authentic to them in that process.

This remained a constant theme throughout their career.

The group respected their fans, but they also cared deeply about what makes them happy as a group and weren’t afraid to challenge the status quo’s view on what they could accomplish.

This was mostly achieved through being true to themselves, creating the art that reflected their thoughts and feelings in the different stages of their life, embracing the evolution that naturally occurs through new life experiences.

What they didn’t do is continue to produce the exact same art over and over again, because that’s not them.

They can’t produce Hybrid Theory every 3 years, even though they knew large groups of their fanbase would want that and continue to buy it.

It would have been easy for the group to keep recycling the same sounds throughout their career, but this wouldn’t have led them to be one of the most successful music acts of all time.

And why is this?

Ultimately in both examples, the words of yesterday may not relate to or reflect the person today. Those songs aren’t an exact reflection of the people who see today, because they have changed, just like we all change.

What can we learn from this

Change is normal, evolution is necessary to realise potential and being true to yourself no matter what others will think is vital for your own happiness and fulfilment.

Don’t be afraid to change your opinions, don’t resist the opportunities for new experiences and don’t limit your potential because the external world may not approve of your new direction.

Of course don’t do anything that will hurt others, yet don’t keep doing the same thing if it’s not a reflection of the person you are today.

You have a choice to grow, a choice to experiment, a voice to be heard and one life to do it.

So don’t you owe it to yourself, to be true to who you are?

Every week I share a dose of my own writing and interesting content that has caught my eye, it’s free, no spam, unsubscribe whenever you want.

[…] The dangers of not moving forward and being true to yourself […] 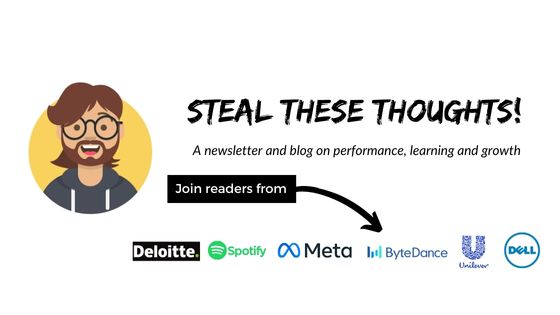 Join the thousands of fellow humans who receive my free weekly newsletter to get a regular dose of content straight to your inbox.